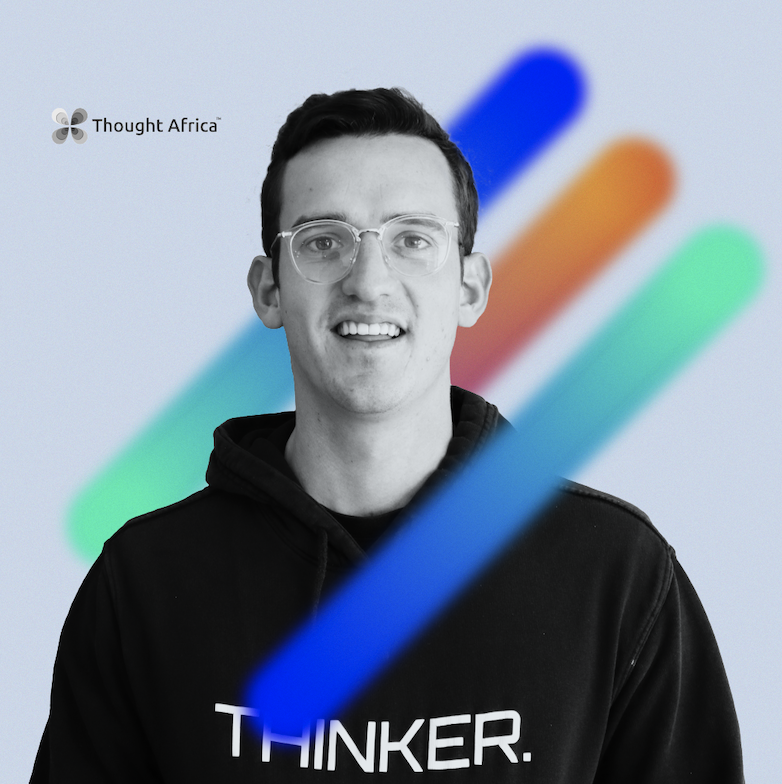 At the age of 8, my best friend was an old Scottish engineer named Mr Barrie. He had a garage with all sorts of tools and interesting things, and I’d visit him every day after school. He used to call me his apprentice and we’d build the coolest things together. He took me to work factories and I’d pass him screwdrivers while he’d be underneath the machine doing his thing. My eyes were wide in awe of what he would do. I learned so much about life, technology, solving problems, and debugging volatile situations, just by being exposed to his environment and being in that energy. Fast forward to 2021 and I’m considered to be ‘one of those millennials’ that could change the future… And with our vision: To shape a new world by giving all of Africa’s children access to the greatest Thought Leaders. The Big Question: We see it over and over again, the look in a child’s eyes when they finally grasp a concept for the first time. Something they’ve been guided towards but figured out for themselves. It’s such a rewarding feeling for that child. It helps them gain the confidence they need to go out into the real world. So how do you transfer that moment into a progress report? YOU DON’T. Mr Barrie never kept a progress report for me, but he sure did keep me inspired and hungry to learn more. It was simply: Pitch up. Learn stuff. Make cool things. Go home. The immense value I got out of those days, which turned into months and years, is priceless. And that is what Thought Africa is re-creating for our children. An environment where they can feel completely at ease, with no pressure for them to perform, but rather a spirit of encouragement that supports a logical ‘eagle-like’ brain state – where they can start to project their minds into the future and think from a more solution-based perspective. And about Joel. “I’m great at Googling things.”